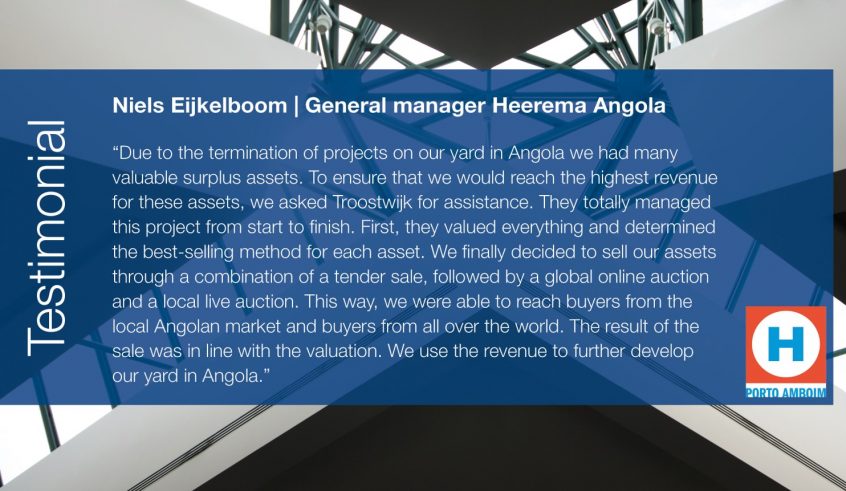 Niels Eijkelboom | General manager Heerema Angola
“Due to the termination of projects on our yard in Angola, we had many valuable surplus assets. To ensure that we would reach the highest revenue for these assets, we asked Troostwijk for assistance. They totally managed this project from start to finish. First they valued everything and determined the best-selling method of each asset. We finally decided to sell our assets thourgh a combination of a tender sale, followed by a global online auction and a local live auction. This way we were able to reach buyers from the local Angolan market and buyers from all over the world. The result of the sale was in line with the valuation. We will use the revenue to further develop our yard in Angola.”